"Frozen in time" is a cliché used most often to refer to places left behind, forgotten, or, on occasion, buried. Time has a way of erasing everything, but a handful of places around the world hold onto the shadows of the past, and thanks to Italy's mighty Mount Vesuvius, Pompeii is one such place.

The Bay of Naples is old; so old, in fact, that ancient ruins nearby purport to hold the entrance to the Roman underworld. An entire city has, thanks to volcanic activity over the eons, slid into the sea. Classical writers praised the region for its beauty and climate, and one of the gems of this crown was Pompeii. 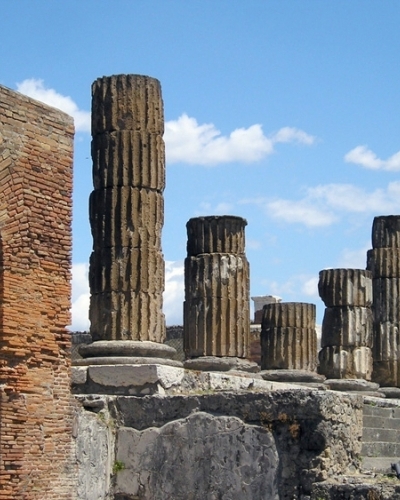 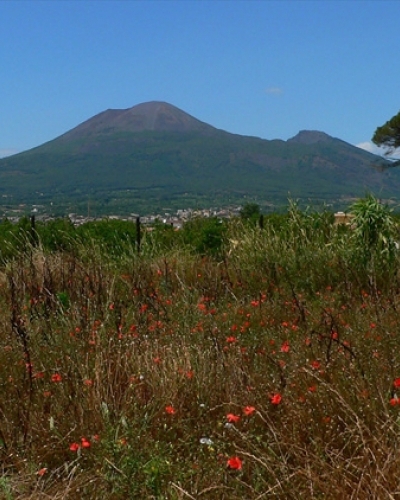 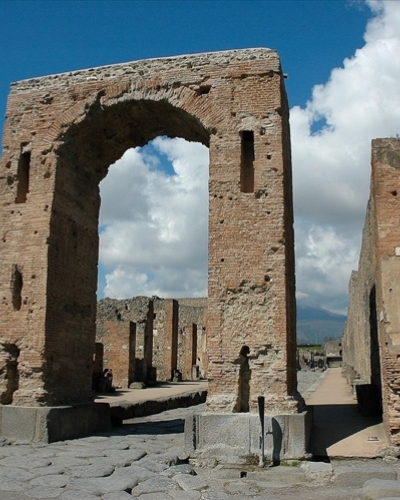 A Pompeii was a ritzy Roman resort town in its heyday; the rich and famous from the capitol used the city as a getaway from the ruthless politics and crowding of Rome. Upper class Romans were served by slaves and freedmen along the temperature coast of the Bay of Naples; such a place must have felt calming to those escaping the tumult of the capitol.

A shore excursion to Pompeii is a walk into the remnants of a glorious civilization in one of the best-preserved Roman communities in the world. The streets remain the same, the walls are covered in graffiti for one politician or another, and the kitchens of the surviving restaurants look as though they could easily be turned back to service, should the will to do so ever come about.

Pompeii’s tragic end – covered in the eruption of 79 AD – has become the modern world’s boon. Roman life is as complete in Pompeii as it possibly can be since in a single night, Roman life in Pompeii came to an abrupt halt. The ashes that cooked and covered the city, killing everyone who had not fled in time, have left behind the grim reminders of that violent time – the molds of the dead are put on stark display, showing the death throes of the Romans who never escaped.

For anyone interested in history, in how the past once was, in how much the modern world has in common with it, a shore excursion to Pompeii is well worth the effort. The taverns, houses, brothels, and markets of ancient Rome await in splendid preservation. With Mount Vesuvius fallen asleep again, there’s no danger of repeating history – just learning from it.

Fill the form below

We will reply quickly

Created by EzCons Made with Pliant